Blind Spots: A millennium of Arabic in translation
– from Ibn Al-Haytham to William Faulkner via Don Quixote

The successful first annual lecture of the Saif Ghobash Banipal Prize to mark ten years of awards for great contemporary Arabic literature translated into English took place at the British Library in October. The Banipal Trust thanks Anton Shammas for his enthralling and fascinating lecture entitled Blind Spots: A millennium of Arabic in translation - from Ibn Al-Haytham to William Faulkner via Don Quixote, opened up many questions concerning the science of perspective, and linguistic and cultural presuppositions over the centuries that have fed into the western cultural canon. The trust thanks Omar Ghobash and his family for extending their sponsorship of the literary translation prize to include what will now be an annual lecture.

Daniel Lowe, Curator of the Arabic Collections at the British Library opened the evening, followed by Peter Clark, who introduced the Lecture marking the 10 years of the Saif Ghobash Banipal Prize for Arabic Literary Translation, and gave the floor to Anton Shammas. After the Lecture and a Q&A with the audience, audience members mingled at a reception and bought books from the especially arranged BookHaus bookstall. Books included Anton Shammas's Arabesques (in English translation), Peter Clark's recent Damascus Diaries, Cervantes' Don Quixote, and all the Prize's winning novels over the years. 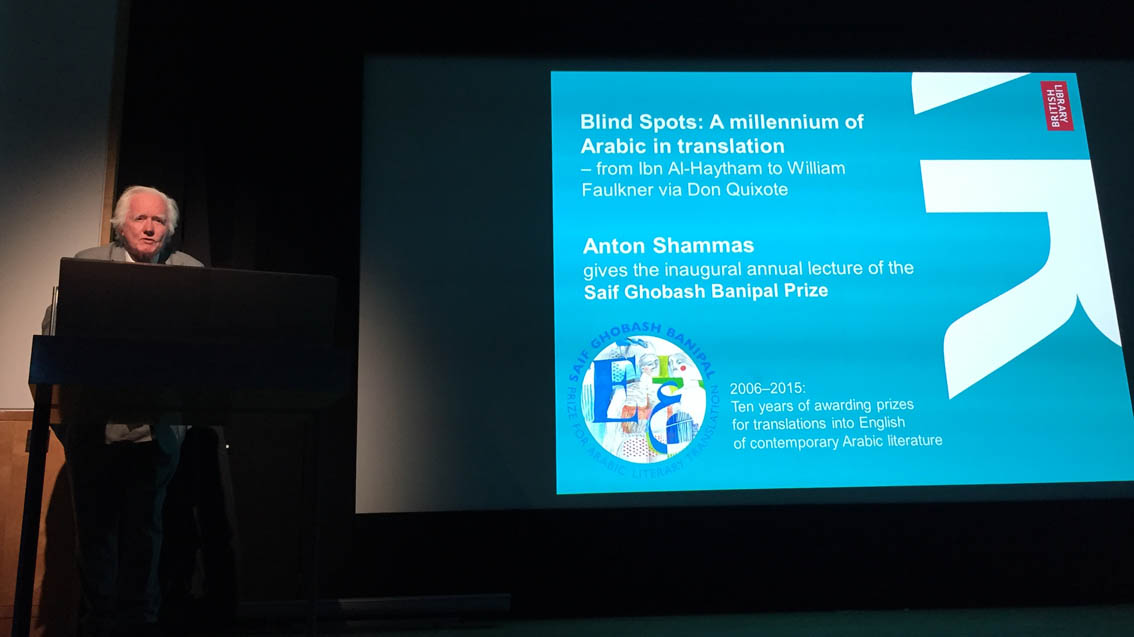 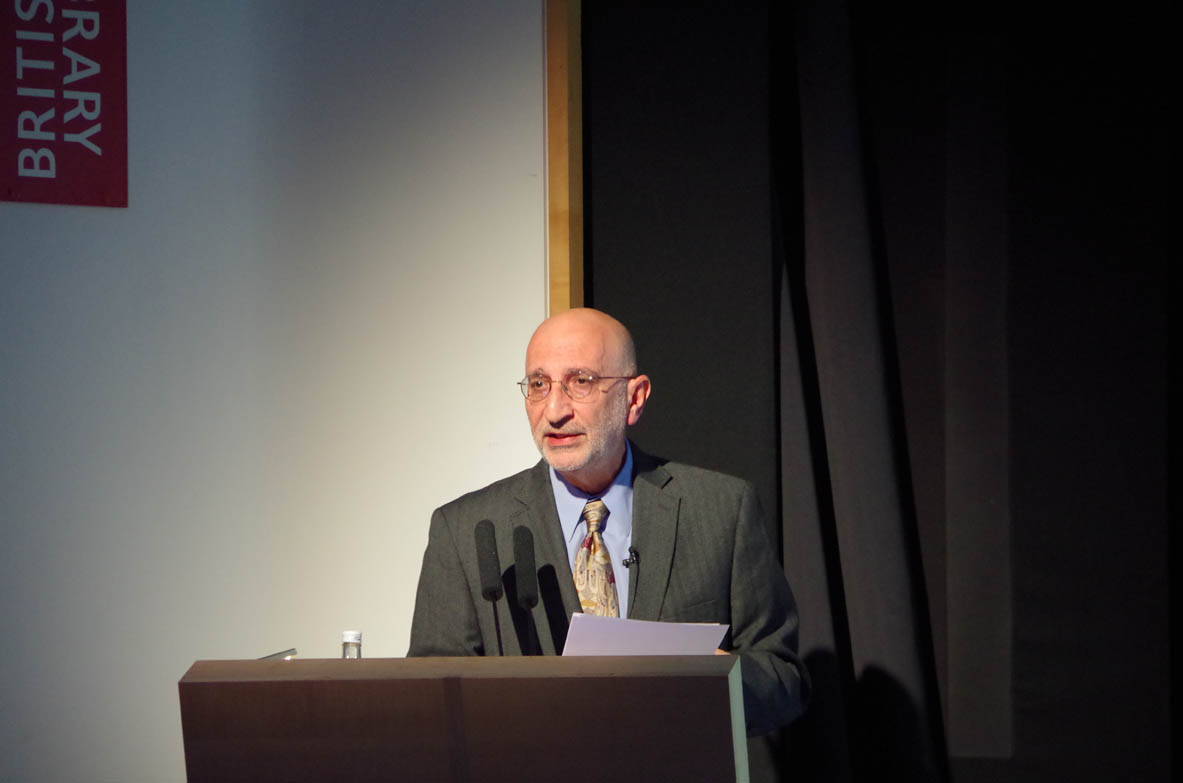 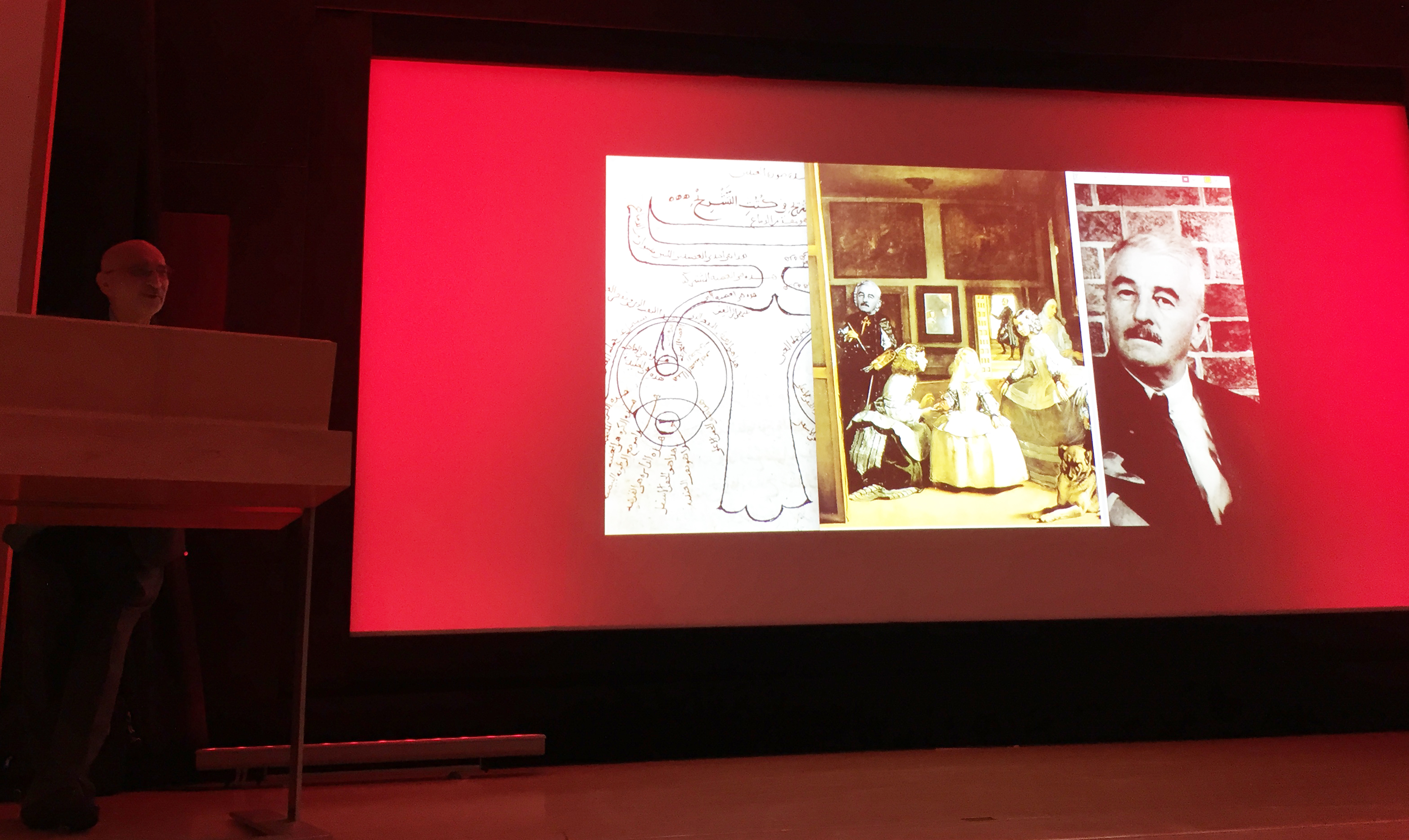 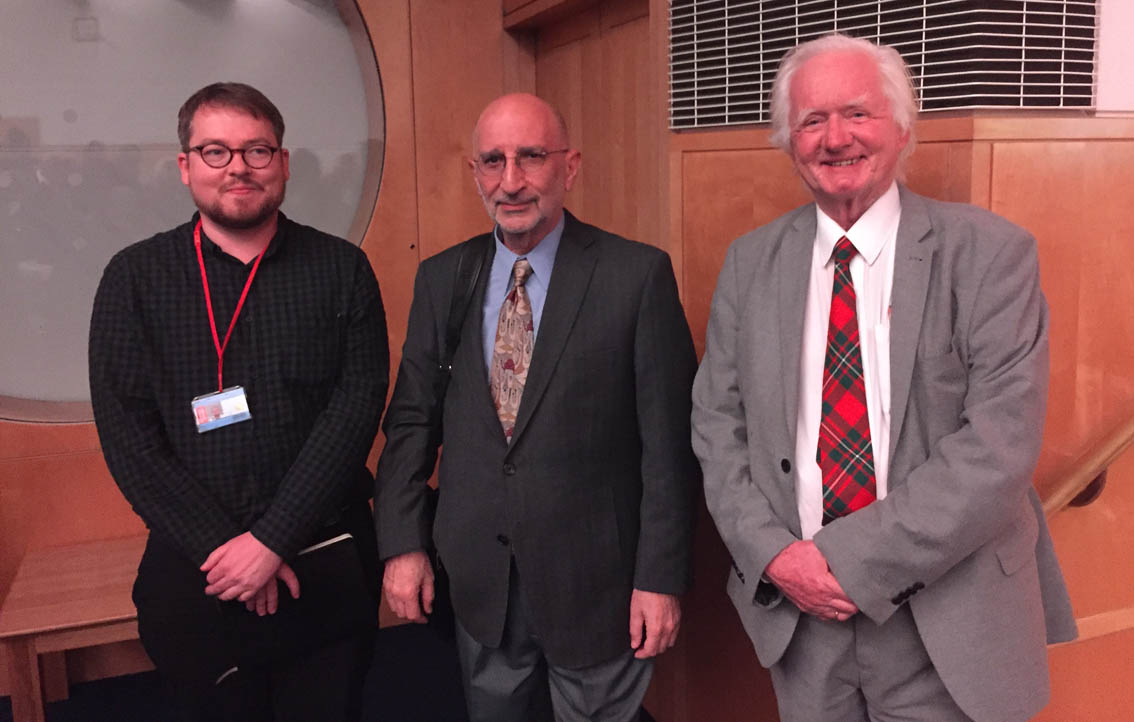 "Blind Spots," the essay that forms the centerpiece of the book of essays on translation that I'm working on, explores one of the major blind spots of the history of the emergence of the western novel as a literary genre. Don Quixote is claimed by its author to be a translated text, a translated "history." We are told (First Part, Chapter IX) that one Sidi Hamid Benengeli, a Spanish "Arab historian," wrote it in Arabic, as Cervantes claims some thirty odd times in his novel, and that the manuscript was later found by our implied author in Alcana, the marketplace of Toledo, and that he asked another morisco who happened to be passing by to translate it for him into Castilian.

The question I propose in this regard: Why, more than a hundred and ten years after the expulsion of Muslims and Jews from the Iberian peninsula in 1492, when domination over the New World was achieved through the violence of the monolingualism of power, and just four years before the edict of Philip III, which commanded the moriscos to leave the country within three days, and totally ignoring the large-scale attempts to delete the presence of the Muslim Arabs from the Spanish past and cultural memory - why, then, would Cervantes feel the urge to pay such a generous tribute to a vanishing population and its culture, by crediting one Sidi Hamid with the writing of what later became "the first great novel of world literature"?

Looking for answers led me to an Arab mathematician who lived in the eleventh century in Cairo, and wrote a seven-volume book entitled kitab al-manazir, later translated into Latin as Optics, in which he scientifically describes for the first time the way the human eye sees the world, and reinvents the science of perspective. The translation of that book into Latin, and Italian, was bound to ignite the Italian Renaissance, whose very core was linear perspective, and in that context, I argue, Cervantes was inter-semiotically translating Ibn al-Haytham's theories on perspective and light and vision and mirrors and the wonders of the "dark chamber", the precursor of the camera obscura, into a new literary genre called the novel. "Intersemiotic translation," or transmutation, as Norman Jakobson tells us, is "an interpretation of verbal signs by means of signs of nonverbal sign systems." Or, vice versa - the interpretation of nonverbal signs by means of verbal signs.

Then I follow this trajectory into the post-Quixotic future, and see if, in retrospect, the genre of the western novel, whose foundations Cervantes wasn't even aware he was laying, would confirm that assumption or, in other words, would put everything in the right perspective. That's how I ended up with the whole millennium as a time frame for these seemingly blind spots, bringing three more intersemiotic translators into the picture, to solidify my argument: Velazquez reading and translating Don Quixote fifty years later, in his 1656 Las Meninas, which put the artist in the center of his work, and which could only be "read" properly from right to left, as an Arabic sentence; Picasso translating Las Meninas, in his 1957 variations on Velazquez; William Faulkner translating the earlier Picasso, especially in his 1930 novel As I Lay Dying, introducing the narrative notion of multiple perspectives; and, finally, all those mentioned above, intersemiotically translating Ibn al-Haytham, albeit unconsciously for the most part, into their respective works. 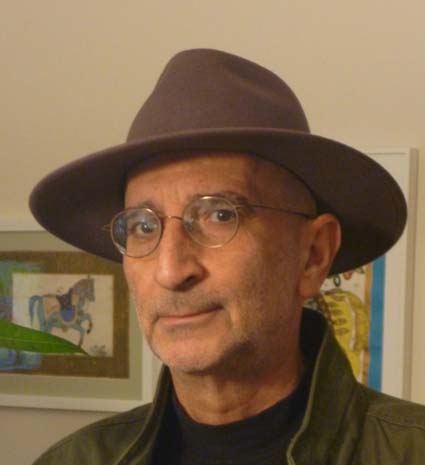 Anton Shammas is a Palestinian author, essayist and translator who works in, and between Arabic, Hebrew and English. He has been, since 1997, a Professor of Arabic and Comparative Literature at the University of Michigan, Ann Arbor. His novel Arabesques, written in Hebrew and published in 1986, has been translated into eight languages including English (1988), French, German, Spanish and Italian. He has written three plays and has three poetry collections, the first written in Arabic, the second and third in Hebrew. Among the playwrights and authors whose works he has translated are Dario Fo, Athol Fugard, Harold Pinter, Samuel Beckett, Edward Albee, Emile Habiby and Taha Muhammad Ali. He is currently working on a collection: Blind Spots and other essays on translation.

To contact the Banipal Trust for Arab Literature, email info@banipaltrust.org.uk

The brochure about the Lecture includes all information about the prize, about Saif Ghobash in whose memory the prize is named, the 10 years of winners and the entries into the 2016 prize. To download click on the image 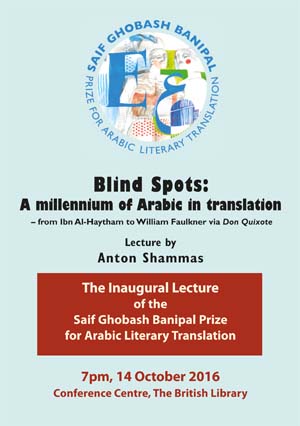