The Award Ceremony of Translation Prizes
from Arabic, French, German, Spanish and Italian

Hosted by
The Society of Authors

This is a free event, but registration is essential. Book your place here 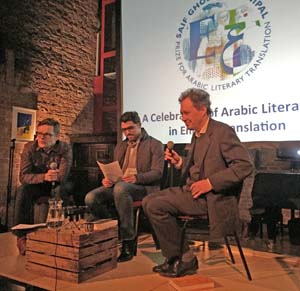 The 2016 Saif Ghobash Banipal Prize for Arabic Literary Translation is awarded to Jonathan Wright for his translation of the novel The Bamboo Stalk by Saud Alsanousi, published by Bloomsbury Qatar Foundation Publishing (now HBKU Press), Qatar.

The four-member judging panel comprised Paul Starkey (Chair), Emeritus Professor of Arabic, University of Durham & winner of the 2015 prize; Lucy Popescu, author and journalist; Zahia Smail Salhi, Professor of Arabic and translator, and Bill Swainson, editor and literary consultant. They made their decision in November 2016 at a meeting at the offices of the Society of Authors convened by Paula Johnson, the Administrator of the Translation Prizes, as detailed below: 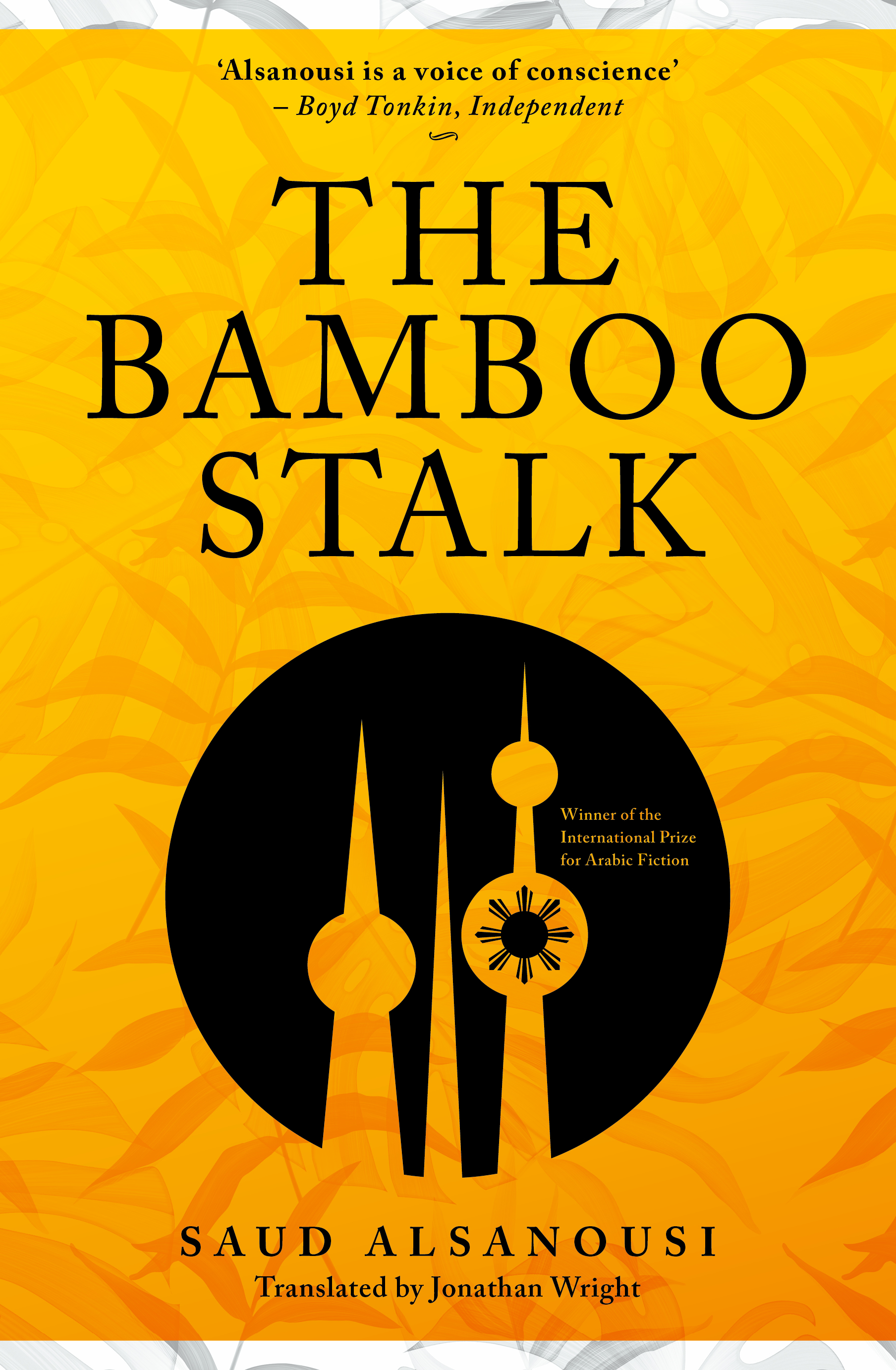 "A ‘page-turner' translation with a universal appeal"

"The judges were unanimous in deciding to award this year's prize to Jonathan Wright for his translation of Saud Alsanousi's The Bamboo Stalk.

"Originally published in Arabic in 2012, The Bamboo Stalk is a daring work which takes a critical but objective look at the phenomenon of foreign workers in the Arab countries of the Gulf. The novel examines problems of race, religion and identity through the life of a half-Filipino, half-Kuwaiti young man, who moves from an impoverished life in the Philippines to return to his father's Kuwait – a ‘paradise', as his Filipina mother has described it to him since he was a child. The Arabic work had already won the author the 2013 International Prize for Arabic Fiction, and the judges found in the book the same qualities that had commended it to the IPAF jury. It combines a daring choice of subject with a tight but subtle literary structure and an approach to a highly charged and emotional subject matter that is both sensitive and measured.

"The judges questioned the omission, in the English publication, of the Arabic edition's ‘second title page' – which had added an additional structural twist to the original work – but this was not felt to detract from the quality of the translation itself. Jonathan Wright's seamless English rendering does full justice to the original, exhibiting a sureness of touch that fully captures the spirit of the Arabic version. Although the particular cultural context of the work will be unfamiliar to many English-speaking readers, Wright's ‘page-turner' translation has a universal appeal, and it is difficult not to be moved by the predicament of the narrator, with his dual identity of Isa and José, as he comes to terms with the reality of life in Kuwait.

"The judges discussed at length a number of other entries – including some by younger translators – with a view to naming a runner-up, but after extensive discussion decided not to do so on this occasion. The translators had tackled challenging works with equally impressive results, but none came close to matching the broad appeal that the judges discerned in The Bamboo Stalk, and in these circumstances it was felt inappropriate to single out any particular work to be named as runner-up."

ABOUT THE WINNING TRANSLATION
The Bamboo Stalk by Saud Alsanousi
From the translator, the author and the publisher

Translator Jonathan Wright said: "I'm delighted by the award, not just for myself but because the novel is a brave - and as far as I know unprecedented - attempt to address through literature two important aspects of Gulf and Kuwaiti society: firstly, the ambiguous status of a vast army of foreign workers who have few rights and are not expected to integrate or interact as equals with the host community, and secondly the denial of Kuwaiti citizenship to the ‘bidoun' community, although many bidoun families have lived in the country for generations. Saud Alsanousi presents these injustices through the stories of credible people, without polemics or preaching. For Saud to create and fill out the main character and narrator, the half-Filipino half-Kuwaiti Jose, required a leap of imagination across cultures that strikes me as unusually successful for contemporary Arabic fiction. The book is written in an admirably direct and unpretentious style, relying mainly on the power of the narrative for its powerful emotional effect."

Author Saud Alsanousi said: "I was pleased to hear that The Bamboo Stalk has won the Saif Ghobash Banipal Prize for Arabic Literary Translation. This will give the novel a chance to be more widely known. Credit must go to the translator, Jonathan Wright, who not only translated the novel but also played a role in editing it, based on what he thought would be appropriate for the Western reader. Jonathan Wright has been a gain for me and for the novel."

Publisher Rodolphe Abou-Ghaba, Acting Executive Director of Hamad Bin Khalifa University Press (formerly BQFP), Qatar, said, on hearing the news: "HBKU Press is honoured that one of our published translations has received the 2016 Saif Ghobash Banipal Prize. Receiving this award is yet another milestone for HBKU Press and it is a testament to the high quality literary translations that we produce at HBKU Press. The success of Jonathan Wright's translation will further contribute to raising the profile of contemporary Arabic literature and of emerging Arab writers to the attention of the wider world and will enhance the cross-cultural understanding between the East and the West."

ABOUT THE TRANSLATOR
Jonathan Wright 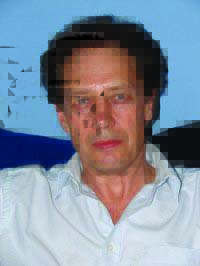 His latest literary translations include: The Longing of the Dervish by Sudanese author Hamour Ziada, which won the Naguib Mahfouz Medal for Literature; The Televangelist by Ibrahim Essa (Hoopoe Fiction, Egypt/USA), one of this year's entries whose original was shortlisted for the International Prize for Arabic Fiction; and Land of No Rain by Amjad Nasser (BQFP, 2014), which was commended for the 2015 Saif Ghobash Banipal Prize.

He was joint winner of the 2013 Saif Ghobash Banipal Prize for his translation of the novel Azazeel by Youssef Ziedan (Atlantic Books, 2012) whose original Arabic edition won the 2009 International Prize for Arabic Fiction and in 2014 he won the Independent Foreign Fiction Prize for his translation The Iraqi Christ by Hassan Blasim (Comma Press, 2013.). He was a judge of the 2014 Saif Ghobash Banipal Prize.

With Reuters, Jonathan Wright was based in Egypt, Lebanon, Sudan, Oman, Kenya, Tunisia, Cyprus, London and Washington DC. For six years he was U.S. State Department correspondent for Reuters, travelling the world with Secretaries of State Madeleine Albright and Colin Powell. He covered several major events, including the Israeli invasion of Lebanon and the siege of West Beirut in 1982, the war over Kuwait in 1991, the Yemeni civil war in 1994 and the Egyptian revolution of 2011. Between 2008 and 2011 he was the managing editor of Arab Media and Society, an online academic journal published by the Kamal Adham Center for Journalism Training and Research of the American University in Cairo.

ABOUT THE AUTHOR
Saud Alsanousi 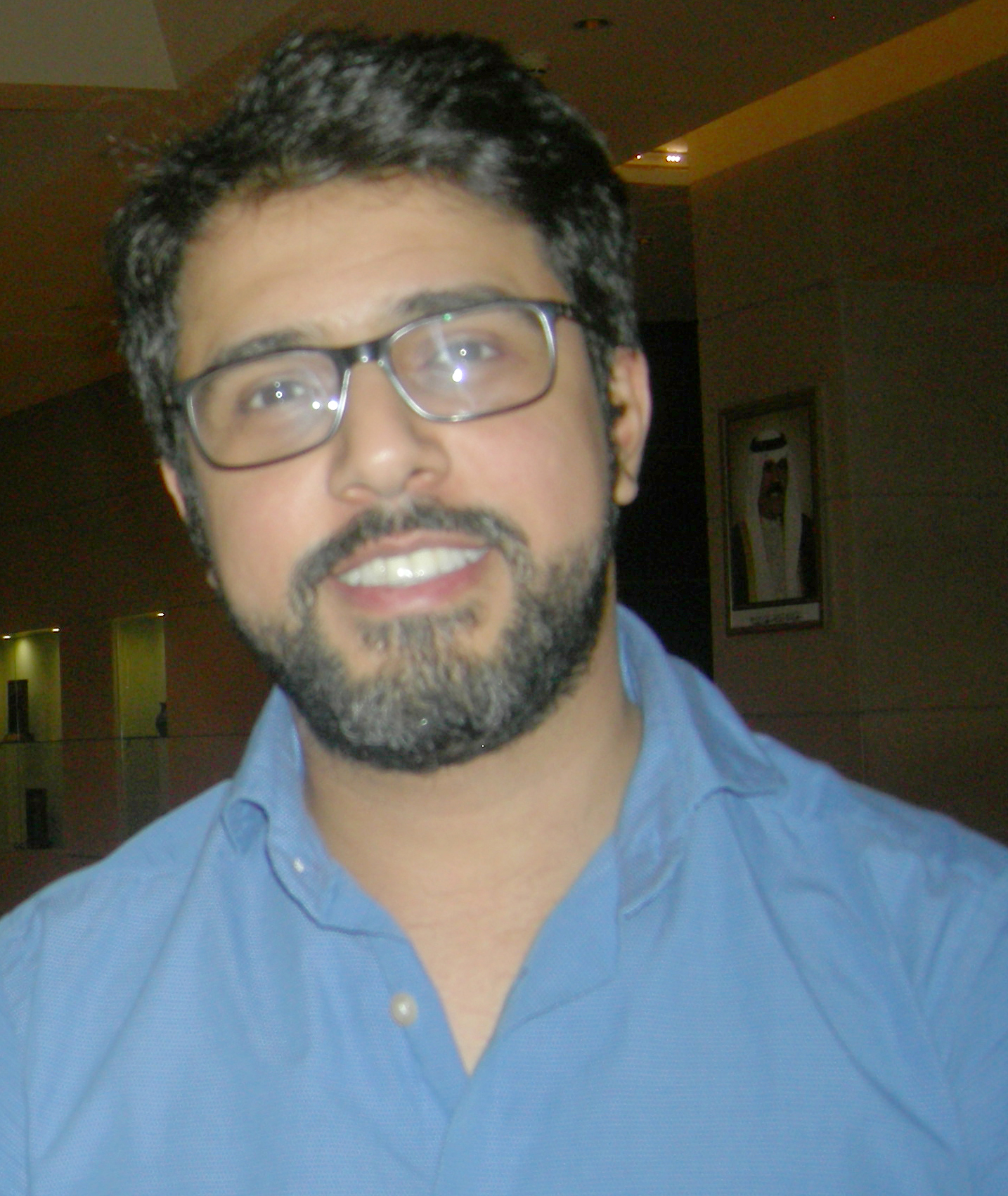 Saud Alsanousi is a Kuwaiti novelist and journalist, born in 1981. His first novel Sijeen al-Maraya (Prisoner of Mirrors) was published in 2010 and in the same year won the fourth Leila Othman Prize, awarded for novels and short stories by young writers. In the "Stories of the Air" competition, organised in July 2011 by Kuwait's Al-Arabi magazine with BBC Arabic, he won first place for his story "The Bonsai and the Old Man".

His second novel, Saq al-Bamboo (The Bamboo Stalk), won the Kuwait State Prize for Letters in 2012 and the 2013 International Prize for Arabic Fiction and now its translation has won the Saif Ghobash Banipal Prize. His third novel, Mama Hissa's Mice, has been longlisted for the current 2016/17 cycle of the prestigious Sheikh Zayed Book Award.

His work has appeared in a number of Kuwaiti publications, including Al-Watan newspaper and Al-Arabi, Al-Kuwait and Al-Abwab magazines, and he currently writes for Al-Qabas newspaper. For more go to http://www.thesusijnagency.com/SaudAlsanousi.htm

The books that were entered for the 2016 Prize

A Portal in Space by Mahmoud Saeed, translated by William M Hutchins (CMES, University of Texas at Austin, USA)

All Faces but Mine by Samih al-Qasim, translated by Abdulwahid Lu‘lu‘a (Syracuse University Press, USA)